Manchester United manager Ole Gunnar Solskjaer praised his team’s “resilience” after they put Manchester City’s Premier League title celebrations on hold by coming from behind to win 3-1 away to Aston Villa on Sunday.

Defeat for United in the first of a run of three games in five days would have seen City crowned champions.

And their local rivals had reason to be optimistic when Villa’s Bertrand Traore opening the scoring midway through the first half.

But United hit back with two goals in four minutes after the break, Bruno Fernandes equalising from the penalty spot before Mason Greenwood put them ahead.

United wrapped up the win thanks to substitute Edinson Cavani’s goal three minutes from time.

Victory left second-placed United 10 points behind leaders City, with 12 still on offer to the Red Devils from their final four league games.

United, however, face Leicester and Liverpool in the coming week and defeat in either of those matches will see City, beaten 2-1 at home by Chelsea on Saturday, crowned champions before Pep Guardiola’s men are away to Newcastle on Friday.

“A great result and it takes a little bit of pressure away from having to get results because the next two are against very good teams,” Solskjaer told the BBC.

The Norwegian made four changes to the side beaten 3-2 by Roma in Thursday’s Europa League semi-final second leg, a result that still saw United go through 8-5 on aggregate, with Dean Henderson, Victor Lindelof, Scott McTominay and Marcus Rashford all coming into the side.

And Solskjaer was pleased by the way United had coped with both a congested schedule and then falling behind at Villa Park.

“It shows character, resilience, belief, fitness,” he said. “It is difficult at times, especially when you travel back and don’t get home until 5:00am (0400 GMT) Friday and then travel here.”

United kicked off having not lost a Premier League match at Villa Park since 1995, a year before current manager Solskjaer joined the club as a striker.

Villa’s hopes of ending that run against United were not helped by England international Jack Grealish’s ongoing absence due to a shin injury, with Egypt forward Trezeguet a long-term absentee as well.

Grealish looked on from the stands on Sunday as did England manager Gareth Southgate, himself a former Villa defender.

Villa went ahead against the run of play in the 24th minute.

The Burkina Faso international turned neatly and held off the challenge of Lindelof before beating United goalkeeper Henderson with a powerful shot into the far corner.

United were level in the 52nd minute when Fernandes scored from the spot after Paul Pogba was brought down in the box by Luiz.

And they led in the 56th minute after Aaron Wan-Bissaka found Greenwood inside the box, with the teenage England forward beating Martinez with a low shot.

“Of course we’ve got a final to look forward to — hopefully that will be with Harry Maguire,” said Solskjaer.

United will now await the results of a scan, with Solskjaer adding: “It was his ankle, lower leg. I think the boy landed on top of him, so twisted his ankle and got a knock.”

Cavani made the game safe with an 87th-minute glancing header from Rashford’s cross.

And there was still time for Villa’s Ollie Watkins to be sent off after he was shown a second yellow card for diving.

“Ollie Watkins has got sent off for a second yellow, there is no way the referee can tell me he is convinced he hasn’t been touched.” 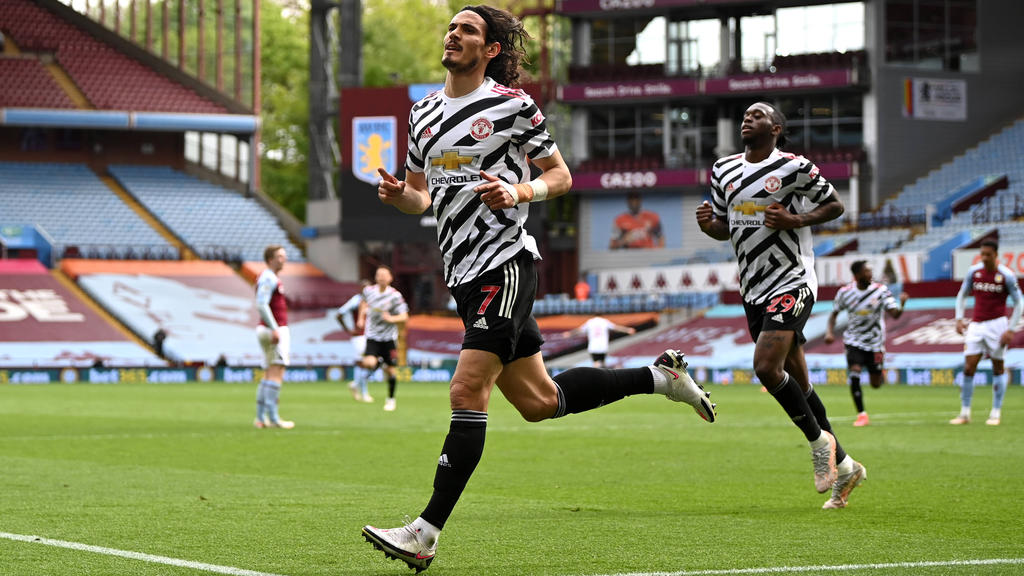