Erling Haaland scored twice Wednesday as Borussia Dortmund trimmed Bayern Munich’s lead at the top of the Bundesliga table to six points with a 3-0 win over bottom side Greuther Fuerth.

The home victory allows Dortmund to peg back the points gap behind Bayern, who remain on course for a 10th straight league title after thumping Stuttgart 5-0 on Tuesday.

Haaland has scored 19 goals in 15 games for Dortmund this season and the towering Norwegian again shone at Signal Iduna Park.

His early well-timed pass in the box saw Thorgan Hazard hit the net, but the goal was ruled offside.

Haaland then converted a first-half penalty and headed in a Julian Brandt free-kick eight minutes from time before replacement Malen fired in Dortmund’s third goal, also from Brandt’s final pass.

Dortmund are also six points ahead of third-placed Leverkusen, who were held to a 2-2 draw at home by Hoffenheim on Wednesday.

Czech striker Patrik Schick scored twice to put Leverkusen 2-0 up with an hour gone, but Hoffenheim scored late goals from Angelo Stiller and Munas Dabbur to claim a point.

Leverkusen finished with ten men after Moussa Diaby was shown a second yellow card for lashing out at Hoffenheim defender Florian Grillitsch in stoppage time.

The attacking midfielder hit the superb winner, beating the back-tracking Gladbach defence with his first touch and tucking his finish into the corner under pressure.

The goal, his first in Germany’s top flight this campaign after scoring three times in six Europa League group-stage games, came after a frantic start to the second-half with three goals in five minutes.

Frankfurt then played the last 20 minutes a man down at Borussia Park after Brazilian defender Tuta was sent off for a second booking for fouling Marcus Thuram.

Frankfurt are seventh, but just three points from a top four place after backing up Sunday’s 5-2 home drubbing of Leverkusen with another impressive victory.

In contrast, Gladbach have lost their last four league games and are just a point from the bottom three.

They took an early lead when midfielder Florian Neuhaus hit the back of the net.

Frankfurt equalised out of nothing just before half-time when their Colombia forward Rafael Borre finished off a lightning counter-attack.

The game burst into life just after the break when Frankfurt’s Danish midfielder Jesper Lindstrom, who also scored against Leverkusen last Sunday, put Frankfurt 2-1 up, crashing in his shot off the underside of the crossbar.

Four minutes later, Gladbach defender Ramy Bensebaini converted a penalty after Kouadio Kone was brought down in the area, only for Frankfurt to immediately retake the lead when Kamada hit the winner after exchanging passes with Borre. 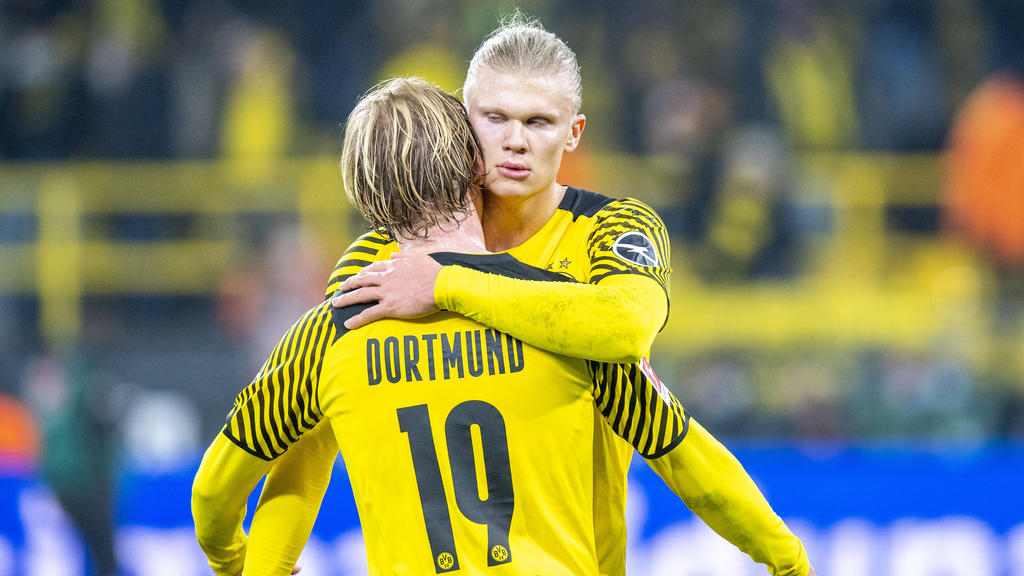