Everton manager Rafael Benitez has urged the Merseysiders to follow the lead of Arsenal counterpart Mikel Arteta after a derby defeat by Liverpool deepened the mood of gloom around Goodison Park.

The Toffees, who started the season brightly under new boss Benitez, are now winless in eight Premier League matches after their 4-1 drubbing on Wednesday — their worst sequence since 1999.

Everton are languishing in 14th place in the Premier League table, just five points above the relegation zone.

They face Arsenal at Goodison on Monday, with the Gunners having made a faltering start to the campaign.

Arsenal lost their first three fixtures of the season, including a surprise defeat by Premier League newcomers Brentford, and did not make it out of the bottom half of the table until late October.

Yet now theey currently sit fifth, a point behind West Ham, after just two defeats in their last 11 league matches.

Benitez, a former Liverpool manager, believes there is no reason why given time, and a chance to overcome an injury crisis, Everton cannot regain the form that saw them take 13 points from their first six matches.

“Little by little he has continued working the way he wants to work and the team is getting better.

“They have also spent some money and they did well as they have signed some good players.”

The Spaniard added: “He is an example of a manager at a new club who needed time and everyone was talking about ‘We need to give him time’ and now he is collecting the prize of that.”

Dominic Calvert-Lewin, the leading scorer last season for Everton, has been sidelined since August with a thigh injury and as a result the club has struggled for goals, with Demarai Gray’s effort against Liverpool their first for a month.

“I was talking with the physio and fitness coach and he is getting better but still a couple of weeks minimum,” said Benitez of Calvert-Lewin. 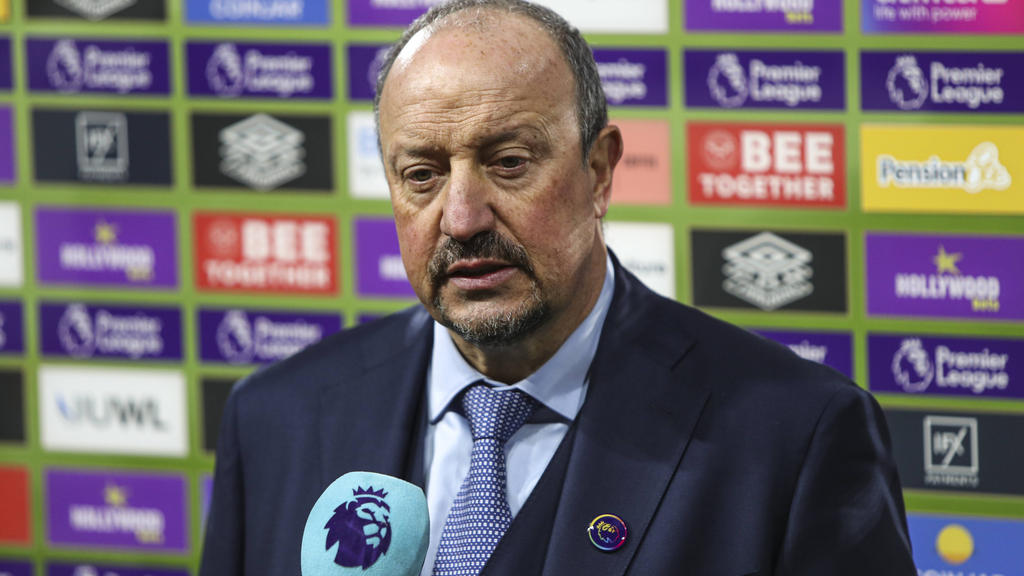